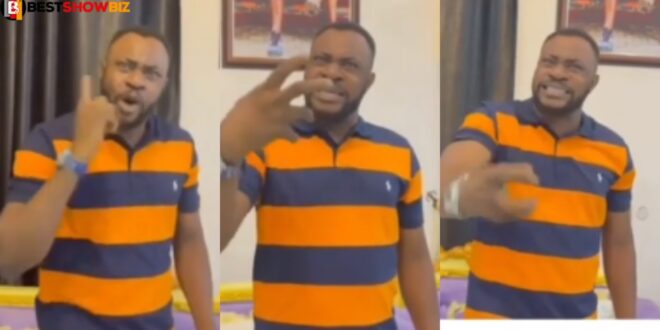 Some directors have made it a daily habit to request s3x from many upcoming females before they are cast in films by well-known Ghanaian and international filmmakers.

In the most recent video he created to address the matter, a Nigerian movie director became enraged when he was accused of partaking in s3x before movie assignments.

According to the director, anyone who can show that he requested them to spend the night with him or even give him a taste of her should come out and speak up so that the rest of the world knows.

He also claimed that he is a Christian who believes in God, not any movie director, is the only one who can make you a star.