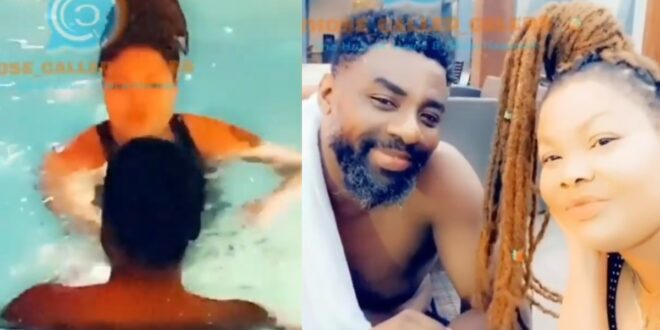 Scary video of Nana Agradaa without makeups and wig surfaces

Agradaa, now Evangelist Patricia Oduro Koranteng, is shown without makeup or a wig in a video that has gone viral on social media.

Her signature dreadlocks have also vanished! It is unexpected that Agradaa, who is known for her glitter and glam, would go naked in a video.

Her goals, on the other hand, are crystal obvious. Nana Agradaa may be heard in the video slamming her competitors and foes.

He is demanding one Maame Tiwa to do the same if she is a lady because she said it is a month without cosmetics!

Agradaa went on to compliment herself on her appearance, even though she had only just gotten out of bed.

Nana Agradaa has previously stated that Christianity would be advanced in her opinion, yet all she does is a quarrel with people on the internet.