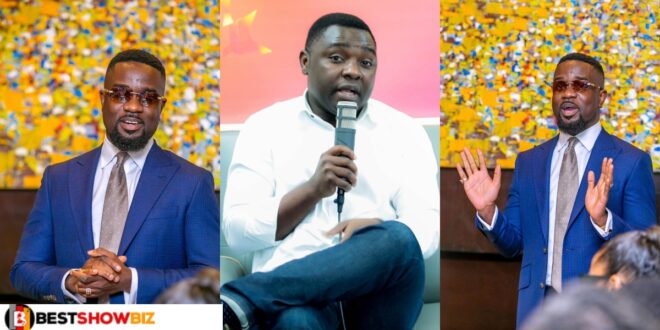 Kevin Ekow Baidoo Taylor has resumed his typical attacks on singers and other celebrities in the country because of their alleged political association.

The Ghanaian social critic located in the United States of America has slammed artist Sarkodie for his silence on the country’s economic hardship.

According to Kevin Taylor, who worked for the John Mahama administration, the rapper wrote a handful of songs to express his dissatisfaction with the country’s economic situation.

When the NPP government led by Akufo-Addo replaced the Mahama government, he became deafeningly silent on similar economic hardships.

He went on to say that soon, someone will attack the rapper with an object while he’s on stage performing, and that person will inform him that he did it because of his falsehoods, which influenced his or her voting decision.