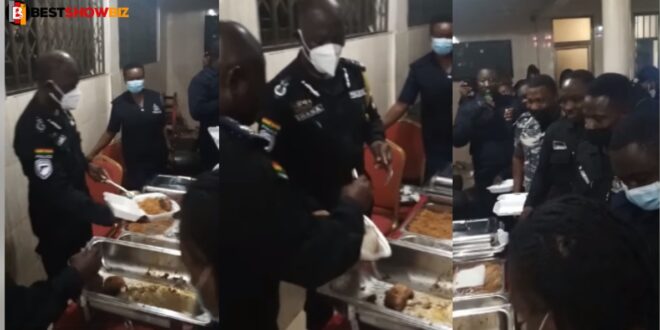 Most of our power-hungry politicians are seen lavishing themselves with power and expensive or luxury lifestyles, but Inspector-General of Police Dampare has demonstrated the contrary.

Whenever it comes to service, IGP Dampare is known to have paid his dues within the first few weeks of his appointment.

He has demonstrated dedication and hard effort in his area, demonstrating that there are still individuals out there who deserve the opportunity to make a difference or accomplish something positive.

We observed in a video that the IGP’s selflessness and humility is something that everyone should note.

On the day before the operation, the IGP was spotted in a video feeding his men food before they stormed the road.

It is indeed a great characteristic that Ghanaians are presently fascinated with. For a police inspector general to deny being served and instead serve his boys.