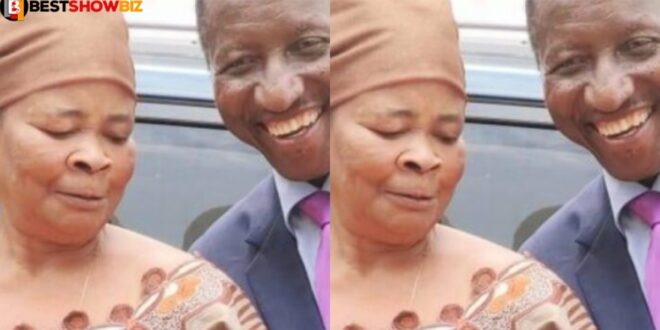 Sad News: Pastor and his wife k!lled in their house in Volta Region

The people of Ayitikope in the Akatsi South Municipality of the Volta Region are still reeling over the shocking and savage murder of Apostle Augustine Gbedema and his wife.

Their decomposing remains were found in blood pools with apparent machete wounds.

The pastor was outside their chamber, and his wife was in the living room.

Calls to their mobile phones went unanswered on Saturday morning in Ayitikope, a rural village in Akatsi South.

He was in his 70s and his wife was in her late 50s, according to Mr. George Gbedema, a church elder and Pastor Gbedema’s nephew.

They have not been seen in public for a week.

On arrival, the nephew noticed a padlocked main gate and a metal-locked minor gate.

“We suspected trouble when we found his car on the compound and couldn’t reach them on the phone.

“We are shocked, saddened, and heartbroken!”

Mr. Gbedema said his uncle was a wonderful man who liked many people.

This is a sad and awful disaster, some church members informed reporters.

He stated his team was still investigating the strange deed as the bodies were being sent to the mortuary for preservation and autopsy.

Read Also  TB Joshua's wife to head the church after a long fight with elders as to who should lead.
Share