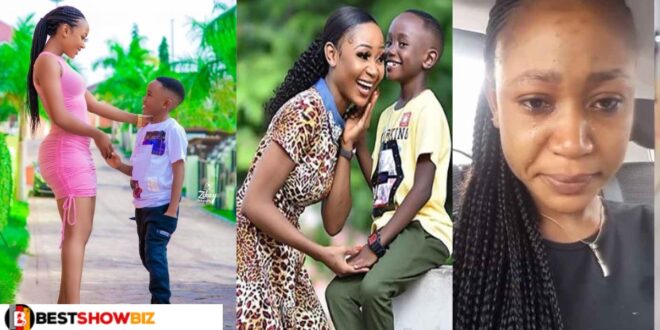 Sad News : Akuapem Poloo to be sent back to jail for 90 days after failed appeal

According to news reports, Rosemond Alade Brown, also known as Akuapem poloo, was sentenced to 90 days in jail after her court appeal was denied.

The social media sensation and actress was sentenced to 90 days in prison by Justice Ruby Aryeetey, who presided over her case at the High Court in Accra.

Akuapem Poloo was arrested and sentenced to 90 days in prison for revealing his son’s nakedness on social media, but her lawyers came out to appeal for her, resulting in her release on bail.

The court granted her bail of GHc80,000 with two sureties. In addition to the bail, she is required to report to the case investigator every two weeks and to submit her passport to the court registrar.

According to the most recent report, the Accra High Court sentenced her to 90 days in prison after dismissing her appeal.