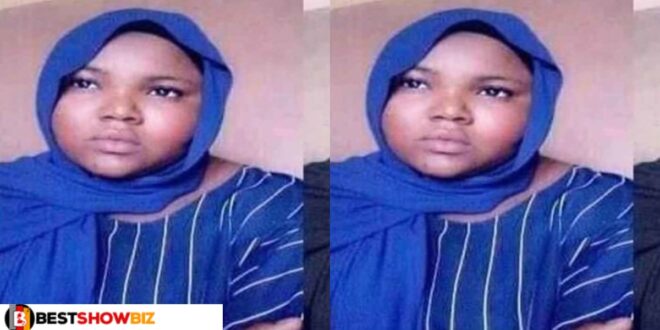 Hannatu Yahaya, a Nigerian woman, is said to have died on her wedding day.

Hannatu began acting erratically when she was about to be taken to her husband’s house, according to family members, and she began destroying property.

A group of family members gathered in prayer before rushing her to the hospital, where she was pronounced dead.

Hannatu, who had been battling an ulcer, fell ill two weeks ago and was taken to the hospital, according to a family member who spoke to the media.

She was admitted to the hospital for a week before being released. She became ill again on Thursday, November 25, and was treated.

On Saturday, however, just as she was about to be taken to her husband’s house, things took a dramatic turn.

Her body was laid to rest on Sunday, November 28th, early in the morning. She was in her thirties at the time.

May her soul find eternal rest.