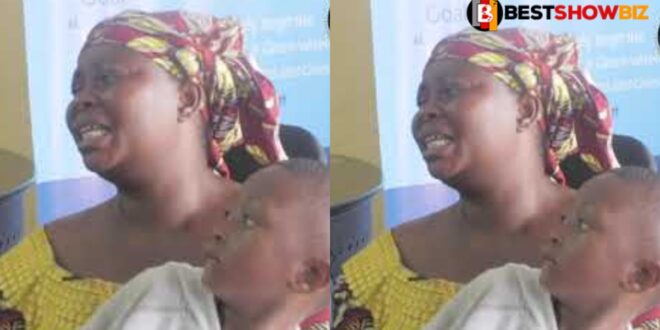 Pure water seller cries after she was given Ghc 52,000 for her son’s Hole in heart surgery (video)

Zenabu, a pure water vendor, has been awarded $9,000 to help her son undergo heart surgery.

Unfortunately, the baby boy’s father has labeled his wife as a “bad luck” woman just because she gave birth to a child with such a critical illness.

The good news is that the Crime Check Foundation, in partnership with its partners, has raised the necessary funds to undertake the surgery.

This is how pure water seller Zenabu responded after we surprised her with the much needed nine thousand dollars urgently needed to help her six-year-old son Masawudu to undergo a hole in heart surgery.

Her husband has labelled her a “bad luck” woman for bringing forth a son with a hole in his heart.

Many many thanks to Mr Ali Ibrahim for contributing seven thousand dollars into our Health Check Fund and to our other donors who contributed to the fund to support little Masawudu.

May the Almighty God richly bless our donors