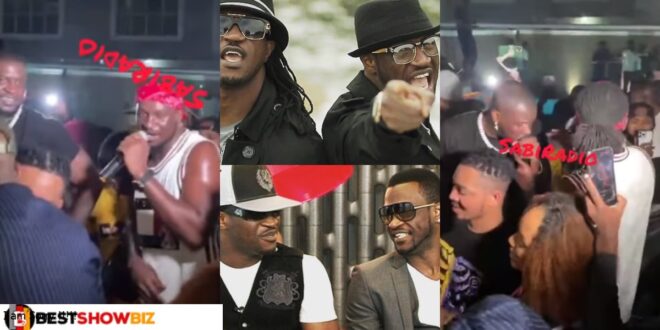 Peter and Paul Okoye of PSquare, a Nigerian famous music combo, have continued to wow fans with their reunion after many years of bad blood between them.

The twin brothers had been at odds for a long time, but they eventually resolved to put their differences aside and work together to make things right.

Their reunion was widely anticipated by people who had hoped that things would improve between them due to the fact that they are twin brothers.

The PSquare brothers turned 40 on November 18, 2021, and they celebrated in great style. On the occasion of the brothers’ big day, a number of friends and well-wishers gathered to celebrate with them.

Peter and Paul did not disappoint either, giving fans a taste of what they had missed during the many years they were at odds. The PSquare brothers played a number of their hit songs together, moving the crowd as they have in the past.

Some notable Nigerian celebrities also attended the event to commemorate the brother’s birthday and reunion.

Don Jazzy, a top music mogul, was in attendance and even performed with the PSquare brothers.

Below are some videos from the event:

Read Also  “If I don't get my compensation, I will take legal actions - Mzbel threatens Prophet Nigel
Share