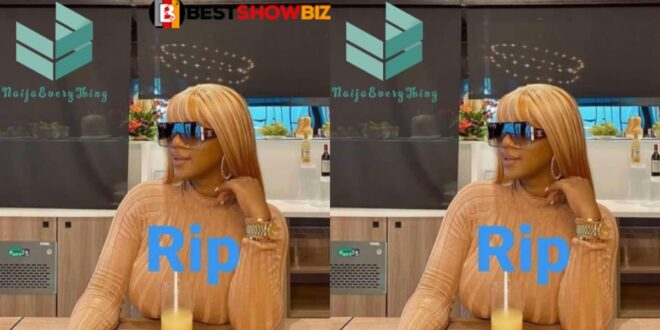 Pretty lady poisoned by her own friends at her birthday party which doubled as a salon lunch.

Doctors proclaimed a woman dead after she was transported to the hospital by her pals after they finished partying together.

A woman was poisoned by friends she invited to her birthday party just after she launched her new saloon.

According to the source, the lady known as Tchonghem Karen, a student and a businesswoman, began vomiting in the car after consuming some launch.

Her companions encouraged him (Taxi Driver) to speed up so they could reach to her apartment on time, according to the driver who took her to the hospital.

They even refused to continue the rest of the journey, but an awful event occurred on the way, and she had to be sent to the hospital.