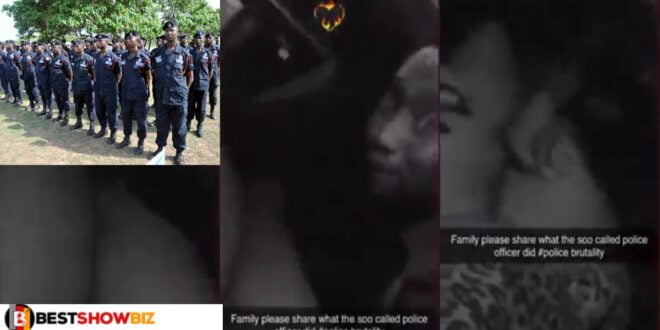 According to a statement posted on the Ghana Police Service’s official Facebook page, one police officer named Victor Antwi Yeboah has been arrested in connection with a viral video in which he $ekually harasses a young lady because she was dressed $eductively.

The lance corporal was shown in the viral video in a terrible manner trying to press his hands between the lady’s thighs with the pretext that her attire deserved such an unlawful treatment.

This statement from the Ghana Police Service has made its way online amid the wild responses of many social media users who have seen it.

According to the announcement, Lance Corporal Victor Antwi Yeboah has been arrested and investigations have begun.

According to the announcement, the IGP, Dr. George Akuffo Dampare, has reached out to the lady and assured her of comprehensive psychological treatment and trauma therapy.

Please read the entire statement below.