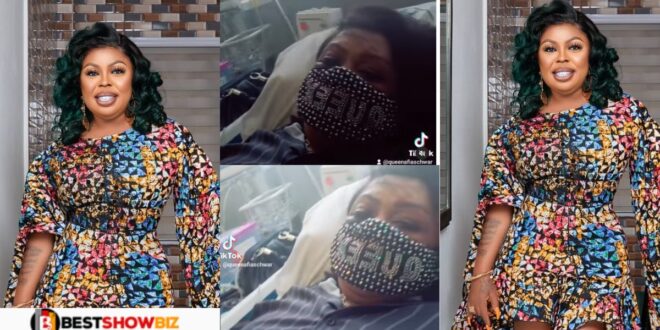 Controversial Afia Schwarzenegger, the self-proclaimed Queen of Comedy, has asked her supporters to remember her in their prayers after she was admitted to the hospital.

She appears to be suffering from something, but it is obvious that she is not feeling well.

Remember that Afia had complained of a knee condition a while back, prompting her to seek treatment at one of 37 military hospitals across the country. She admitted that she had Osteoarthritis, which she described as “a painful condition.”

This time, though, whatever disease she is suffering from appears to be more serious than the last.

Read Also  Shatta Wale will be k!lled on October 18, 2021, according to a popular prophet (VIDEO)
Share