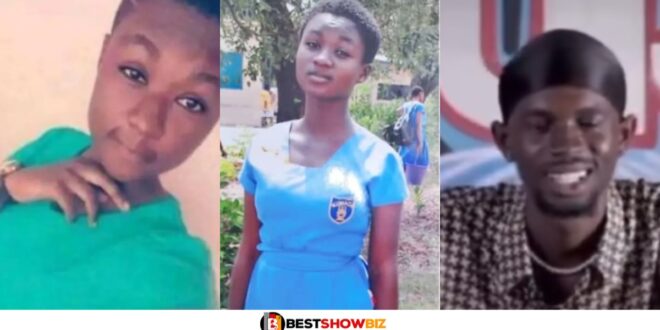 The young and gifted Ghanaian artist, Black Sherif, is becoming extremely popular world-wide, after the release of his newest album,.

The musician was able to connect on an emotional level with his audience through the release of the masterwork album “The Villian I Never Was.”

There are a total of 14 songs on the album, and one of them, named “Oh Paradize,” is a song that was written as a homage to his first girlfriend, Clementina Konadu, who passed away when they were seniors in high school.

This song makes reference to Blacko’s wonderful relationship with her as well as the anguish he had to go through following her untimely passing away.

Clementina passed away in December 2017, when she was only 17 years old. A short sickness resulted in her death, as Black Sherif informed.

see her pictures below: