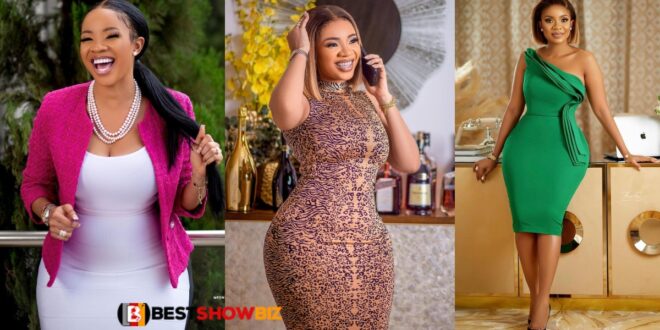 Serwaa Amihere has responded to the various claims leveled against her by a certain Snapchat user.

The journalist was accused of sleeping with politicians like Sammy Awuku, John Boadu, Oppong Nkrumah, and Mathew Opoku Prempeh, according to an unidentified Snapchat user.

The GHONE TV newscaster has finally responded to the haters who have been harassing her since Thursday evening when the claims were revealed.

She wrote about how she’s been subjected to harassment and malicious lies for years in a post responding to the charges and trolls.

Serwaa Amihere says she’s learned not to quarrel with individuals who want to harm her reputation since they can’t break her, just strengthen her.

She thanked everyone who had contacted her to express their worry at the end of her post.

“I have endured years of abuse & malicious lies. All these years, I’ve learnt not to argue with people who try to destroy the reputation of others unjustly.
They have rather made me stronger.
To the many who have reached out to show concern, I’m most grateful” – She posted