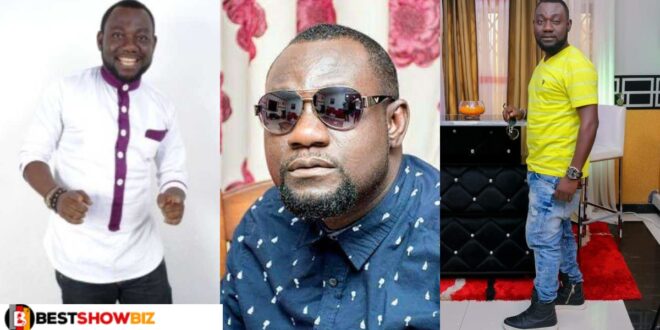 Papa Kumasi, a Kumawood actor, has revealed an incident that would have taken his life if it hadn’t been for the cause of God.

The flamboyant actor, known for being the master of the game when it comes to duping ladies, was abandoned when he brought a friend to collect his possessions from a lady he (the friend) was dating at the time.

On Angel FM, Papa Kumasi described how he was invited by a friend to accompany him to retrieve his possessions from a lady in Buokrom, one of Kumasi’s suburbs.

And as he was waiting for the lady, another man appeared out of nowhere, making a phone call and insulting an unknown man who was also on the phone.

The person who the girl was insulting appeared out of nowhere and thought he was the one who was insulting him because everything he said while making his own call was heard by the macho guy.

And before he knew it, he’d taken two slaps, to which he responded in kind, prompting those surrounding him to chase him down with rods and clubs after the guy he was fighting with branded him a thief.

According to him, he fled through a needle hole, which he regarded as God’s intervention.

Watch the interview below.