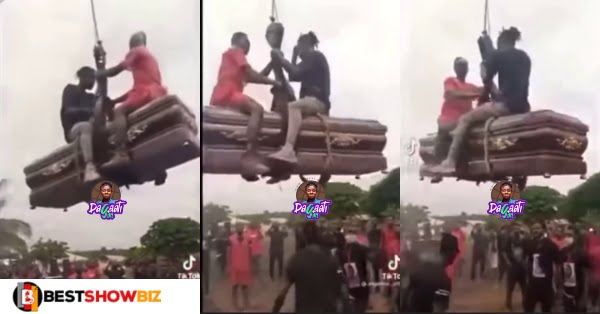 Just when you think you’ve seen it all, a new thing that will surprise you, even more, appears, as the latest addition happens to be the moment when a coffin was seen being carried to funeral grounds by towing car.

The video, which quickly went viral, showed the coffin being held up by the towing machine while people sat on both sides of the coffin to keep it from falling down.

According to reports, the deceased’s family wanted to display the coffin for all to see, which prompted the surprise call for the towing machine to come to pick it up.

Netizens who saw the video expressed surprise at how they could do such a thing in the name of getting people to see the coffin.