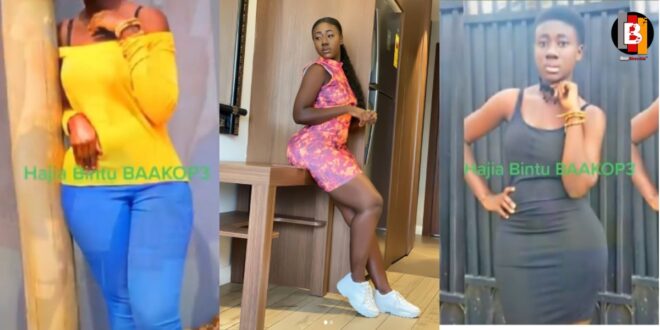 Beautiful throwback photos of the new internet sensation Hajia Bintu has stormed social media and it’s kinda proved critics (who believe that she is fake) wrong.

The photos show that the curvaceous socialist, who came into the limelight with her wild video on TikTok, had it all when she was even a teenager.

The old photos of Hajia Bintu popped up right after she finally met Shatta Wale in person and they prove she is naturally endowed and has not gotten under the knife as some people may speculate.

A further check revealed that the photos were shot when she was in high school, Adonteng Senior High School. Check out the photos below;