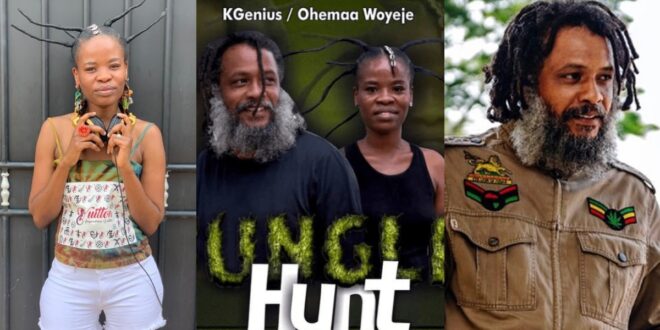 Ohemaa Woyeje release her own song with a Jamaican Artist (video)

Harey Adjoa Yeboah Asuama Kusi, better known on the airwaves as Ohemaa Woyeje, a Ghanaian radio celebrity, has collaborated with Jamaica’s KGenius on a new song.

The track, Jungle Hunt, was launched in the early hours of today, March 18, 2021, and it has already received a lot of attention.

Ohemaa Woyeje and KGenius placed their patois on display in the music video spotted by bestshowbiz.com as they dropped bars after bars in the song.

The plot starts with Ohemaa Woyeje explaining all of her natural characteristics, making KGenius admire her even more.

WATCH THE MUSIC VIDEO BELOW: