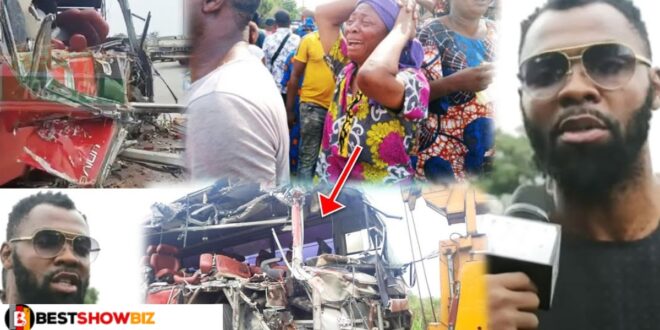 Obofour’s church members accident: The driver was going to to!let in the bush – Eyewitness reveals (Video)

At Asuahyea in the Central region, a bus carrying members of the Takoradi branch of the church collided with a Tipa truck.

The Tipa truck driver, according to eyewitnesses, parked the car on the wrong side of the road.

With no sign to alert approaching vehicles that a truck is parked on the wrong side of the road, he made the mistake of parking his truck in an inappropriate location.

After parking his Tipa truck, he apparently went to the toilet in the bush.