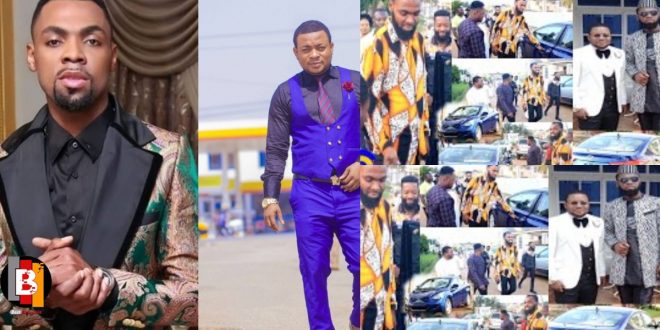 Benevolent Rev. Obofour has walked his talk as he has gone forward to deliver all that he promised at the wedding of his ‘son’ who doubles as brother Sammy’s manager, Alpha Romeo.

The founder of Anointed Palace Chapel who officiated the wedding between Romeo and his longtime girlfriend which came on Saturday, 21 November, made a lot of promises to the newly wedded couple.

The promise included money worth Ghc100,000.00 (which was handed to the couple at the spot), a plot of land, and a car after he took care of all the bills and costs of his wedding.

In a new video which is making rounds on the internet, Rev. Obofour met the families of Romeo and his wife and handed over the remaining promises (ie. the car and the land). Romeo received a Hyundai Elantra car, plot of land with 1500 blocks to start construction.