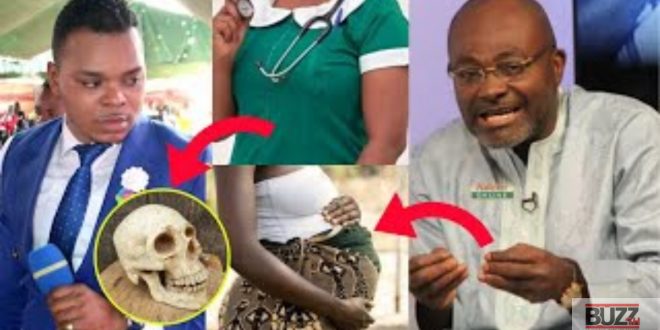 Sensational Member of Parliament for Assin Central Hon. Kennedy Agyapong after exposing Bishop Daniel Obinim claims his God is greater Than Obinim’s God hence he can never do anything bad to him.

Kennedy Agyapong for the past few weeks has been on the neck of Obinim and the worse was yesterday.

Kennedy Agyapong yesterday dropped lots of damning secrets about the self-acclaimed man of God to prove that Obinim is a fake pastor.

The MP in a video as we sighted claims there is no way Obinim can spiritually cause him harm as the God he(Kennedy) serve is greater than that of Obinim’s.