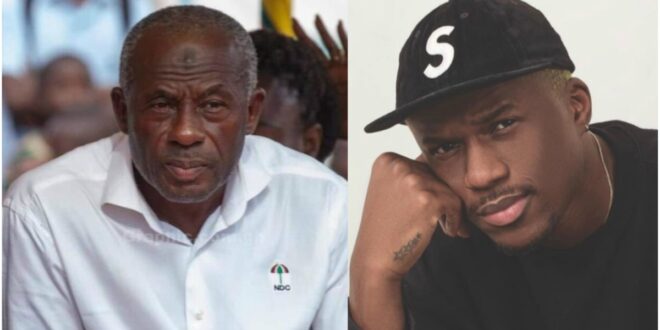 The resemblance of Joey B and MP for Asutifi South Constituency, Hon. Collins Dauda has raised a lot of questions on social media.

Pictures of the rapper and the honorable Member of parliament were grided and posted on social media and social media users were asked to give their verdict on how the two look alike.

Joey B himself reacted to the picture on Twitter, he revealed he knows he looks like the MP and even asked him to adopt him.

Netizens are asking Joey B to question his mother on why he looks like collins Dauda that much and maybe some secrets will eventually come out.

see the pictures below as well as some reactions on social media by fans.

New Christabel Ekeh goes back to her old life? – Drops a raunchy video

here are some comments about the photos.