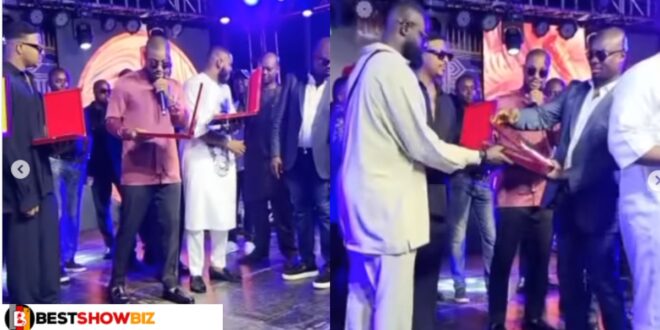 Obi Cubana, a billionaire, presents N1 million and a certificate of appreciation to his loyal employees.

Obi Cubana, born Obinna Iyiegbu, a popular Nigerian billionaire, has given one million naira bonus to his faithful employees.

The CEO of Cubana Group chose to reward these employees with N1 million and a certificate of appreciation for their loyalty to his company since they began working with him.

This comes only days after he was released from the Economic and Financial Crimes Commission (EFCC) on suspicion of money laundering and tax evasion.

In a recent video that has gone viral on the internet, the business magnate presents a N1 million cheque to loyal employees who have served him for more than ten years.

Celebrities such as Alexx Ekubo, Frodd from BBNaija, Ycee, and Ik Ogbonna attended the event.