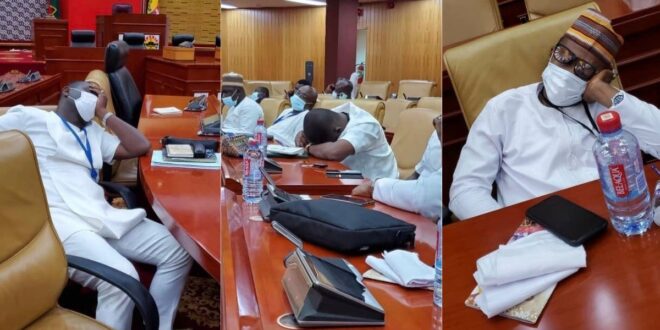 Footages of NPP MPs dozing off in parliament today, 15th January 2020 after arriving at 4 am to occupy the majority seat have surfaced on the internet.

it could be recalled that on 6th December, there was some chaos in parliament after the NDC’s occupied the majority seats in Parliament.

well, Parliament resumed today, and for the NPP MP’s not to miss the majority seat they reported as early as 4 am in Parliament.

we all know Parliament begins at 10 am, but here is the case NPP NP’s had to come as early as 4 am just to occupy the majority seat.

well, this has led to some fatigue as the NPP MPs dozes off in Parliament in new trending photos.