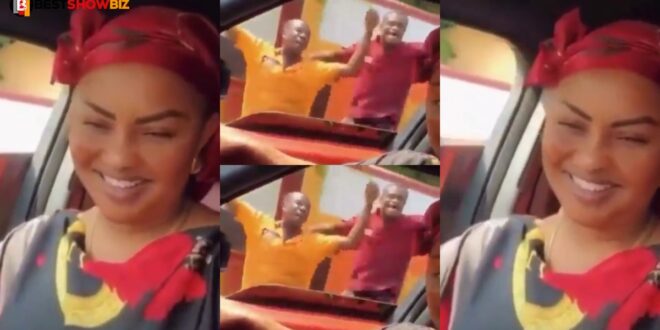 When the two guys realized it was the actress in the car, they pulled over to the side and she lowered down her window to talk with them.

According to the men, they would also like to appear on McBrown’s United Showbiz, which airs on UTV on Saturdays.

They said that they want to go to the show to show off their shoes, which are more expensive than Arnold Asamoah Baidoo’s.

The actress chuckled and requested them to show her the shoes they wanted to show her, which they did by raising their legs.