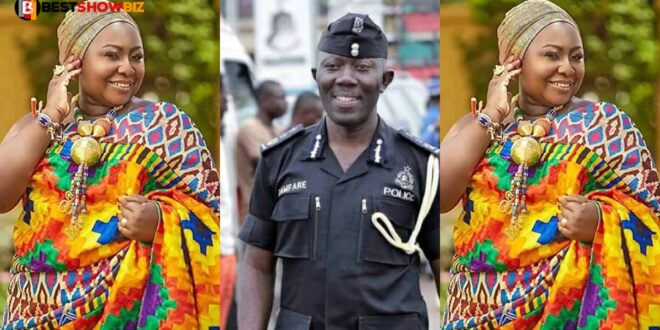 After her encounter with the MTTU Personnel, veteran broadcaster Gifty Anti has moved to social media to laud the Acting IGP, George Akuffo Dampare, claiming that he has restored the service.

Mrs. Anti’s status as a prominent person tends to give her a free pass with traffic regulators, but today’s interaction, which she published on Facebook, suggests that severe enforcement of the law, regardless of who is involved, will be the new normal for the Dampare-led police department.

“Chai my people…The new Sheriff in town is not playing oh. New Acting IGP is getting his people to work. Today, I had an encounter with the police. Let’s say they applied the law p33p3,”

Read Also  More money flow for TT as greater Accra minister promise him Ghs 1,500 for the next 4 years.

She went on to say that as a result of her unpleasant incident, and out of fear of being arrested and prosecuted the next time to act as a deterrence to others, she has determined to go to the DVLA office to presumably renew her driving license.

“Errmrmrm…. the long and short of the story is that I am heading to DVLA today!!  I don’t want to go to court and be made a good example,”