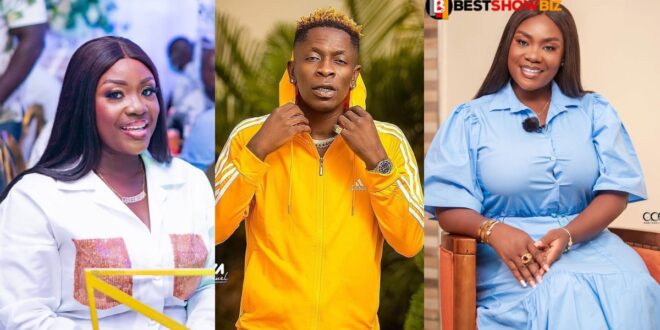 Magluv pulled Emelia Brobbey into the mud in what appeared to be an expose after Shatta Michy, the Baby Mama of self-acclaimed Ghanaian Dancehall singer Shatta Wale, labeled her a bad friend while playing the role of a single mother.

Emelia is a bad friend, according to Magluv, who claims she had an affair with Shatta Wale while he was having trouble with Shatta Michy, and then called Michy into her talk program to get filthy and call Magluv a bad friend.

Some Twitter users are claiming that Shatta Wale is Emelia Brobbey’s ghost writer and that he created the weird lyrics for her.