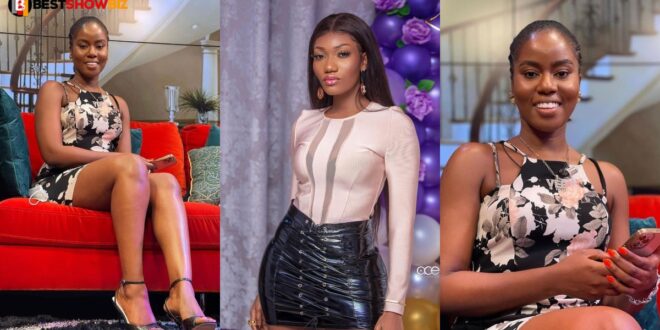 Mzvee is very wise, watch how she responded to wendy shay on UTV about not posting her songs (video)

Talks about Ghanaian female singers not supporting one another, according to Mzvee, should go beyond simply reposting colleagues’ work on social media.

Mzvee was in the studio with Wendy Shay and eShun on UTV’s entertainment show, presented by Nana Ama Mcbrown.

Wendy Shay believes that artists should be permitted to post other people’s work on social media, but Mzvee disagrees.

According to her, artists are brands, and just because MTN does not have a Vodafone logo on their official page does not indicate MTN is hostile to Vodafone.

She used the example of how, while it is cool to promote other artists’ work, it is also vital to remember that people pay a lot of attention to their social media accounts.

Someone, on the other hand, can publish your work while secretly disliking you.

According to Mzvee, putting a colleague artist on a program and giving them a conventional mention are all sorts of support, thus support should not be restricted to posting things on social media.