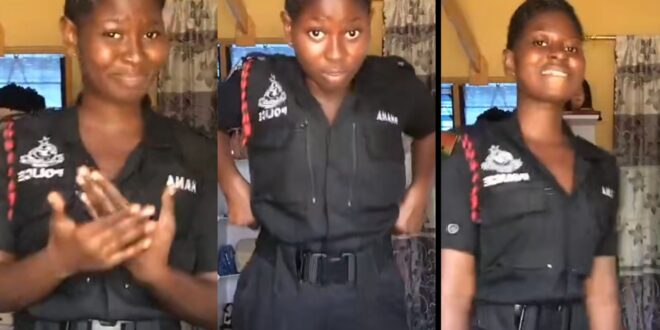 a beautiful police officer has shown that, there is respect and honor in the Ghana police uniform.

In Ghana it is not surprising to see ladies in other uniforms especially nurses doing crazy viral social media stuffs.

There are countless videos of nurses twerking on social media and the good name of the profession has been dirtied by some.

The decent police officer in a video was seen joining a viral trend where ladies will twerk to a popular song which urges them to do so.

The lady in question was in her uniform so refused to do it, begging her fans that her uniform was special and she had to uphold the respect it commands.