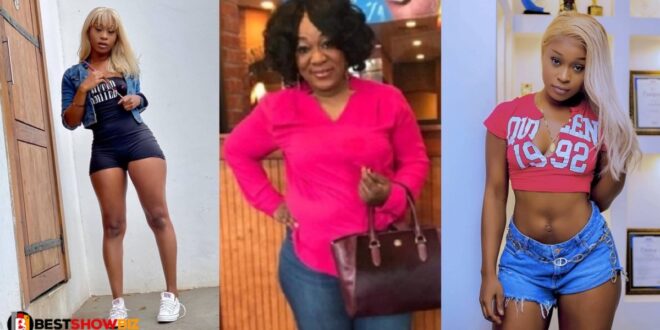 Efia Odo has now revealed why she was not present for the FixTheCountry march in Accra, despite being a vocal supporter.

The actress and socialite revealed her rationale for ignoring the call weeks ago in a tweet. Her mother pleaded with her not to join, she reveals.

According to her, her mother told her that Ghana was not worth dying for, and that given the recent threats on her life, she should give up.

Efia Odo, whose real name is Andrea Owusu, revealed this on Twitter when a fan inquired why she didn’t participate in the #FixTheCountry protest.

Check out her response here.