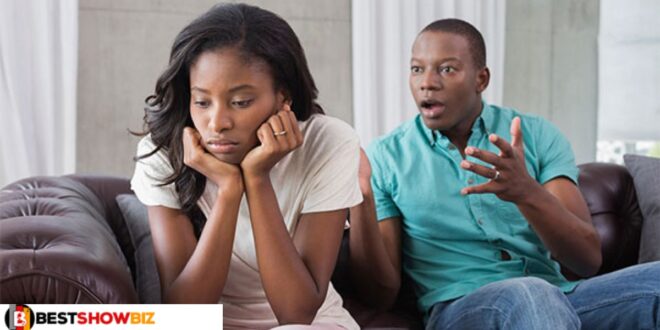 A man has resorted to social media to express his outrage about his girlfriend’s decision to quit their relationship due to his spiritual life.

The man identified as @q uestions_ indicated that he is depressed as a result of the breakup since his partner was acting weirdly and he couldn’t wrap his brain around it.

According to him, his girlfriend eventually told him that she doesn’t want to continue the relationship since he isn’t spiritually mature enough.

“I had been depressed this past week since my partner was behaving weirdly, and I finally found out why,” he says. Apparently, I’m not spiritual enough for her, thus she wants to end our relationship. She’s calling it quits on me because of my spiritual life. LOL. “This gender is unusual.”

This has elicited a range of emotions on social media, as many individuals were taken aback.

@Ed_IPnet: She hiding under the umbrella of spirituality to break up with you. Don’t worry move on ! You will surely find someone better!

@Vilejah wrote: What’s the business of a spiritual person in an amorous relationship. Bruh, you just couldn’t make it to the next stage

@ny_compton commented: Bro she’s just done with you nothing like not being “spiritual enough”….if you had a million dollars she wouldn’t LEAVE YOU!

@PAPI_RUGIO: Bruh, breakups would have you asking your handle in various ways, but I promise its not you, its her

Read Also  Fella Makafui was spotted in tears as Police take away Medikal to be remanded for 5 days. (video)
Share