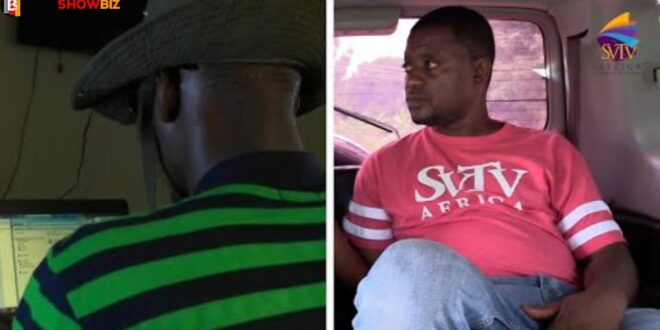 “My friend disobeyed our mallam, he turned into a snake and was k!lled by his own mom”- Sakawa boy reveals (video)

Some of his pals have perished because they disobeyed their spiritual (juju) gurus, according to an Internet fraudster known locally as “game boy” or “sakawa.”

Samson told DJ Nyaami on SVTV Africa that they deceive white people, but that they have a spiritual backing that helps them trade quickly.

“You must not continue taking from one client for too long. After you get the money, move on to another person. The mallam will give you two or three months to make money from a client. So you need to set a target and make that money before the time is up. If you continue with the client, trouble,” he revealed.

“Every game boy in Taifa, Mile 7, knows Makaveli,” Samson said of a game boy who died as a result of these spiritual issues. His mother killed him because he changed into a snake after disobeying some rules, and she did not realize it was her son. The Taifa boys are aware of this. “

He went on to say that, because of their offshore accounts, they work with various musicians and clergy.

“I can mention some popular musicians who are in this game. Our clients send the money through their accounts and they take 20 per cent. That is what they spend on flashy cars.

We utilize non-profit accounts, and churches are non-profits as well, so they are playing along with us. I am not going to name them, but they are well-known preachers. Calculate 20% of $4 million, “Samson explained.

Watch the full interview below