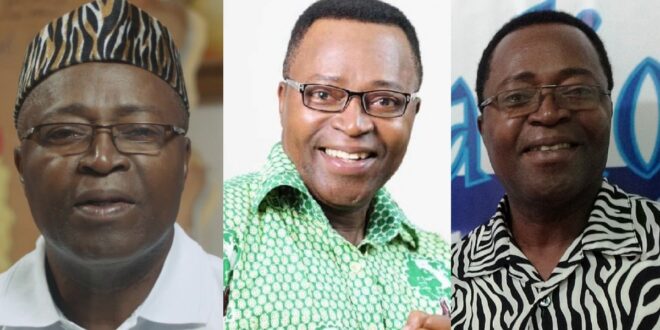 David Dontoh, an award-winning Ghanaian actor and television personality who has appeared in a number of local and foreign films, has revealed the moments he saw late and first President of the Republic of Ghana, His Excellency Dr. Kwame Nkrumah, and how life was after he was overthrown in an exclusive interview with Oman Channel.

In the interview, David Dontoh disclosed that his father, an agriculturalist who worked with Dr. Kwame Nkrumah during his rule, had the worst experience of his life since Nkrumah was overthrown, which affected his younger brother and him.

Prior to Nkrumah’s overthrow, he says he had the chance to see him one-on-one and shake hands with him when he had to see his father in his office when Nkrumah was alive.

He announced that after Nkrumah was overthrown, staff of Nkrumah, of whom his father was a member, had no choice but to flee for their lives because they were being pursued by military men.

According to David Dontoh, he was living with his father, three stepbrothers, and a boy House Help, however sadly or luckily for him, the House Help had to leave for his father’s funeral, leaving him as the head of the house whilst his father was away because he was the elder son.

On the day Nkrumah was overthrown, his father, along with Nkrumah’s employees at the Kwame Nkrumah Ideological Institute, had to flee for their life, with some fleeing the country and others being killed by the military.

His father, who was one of them, couldn’t get out of the county because of them, so he moved to Accra for a while to hide with a friend, and then went to see his wife, David’s stepmother, who was in her village to give birth.

That was the moment when he went through such difficulties. Stuff left for them had run out, they had nowhere to go for food, and they couldn’t starve to death, so they had to feed from the trash can.

“After the coup, my father’s life was in danger because his was working for Nkrumah. All workers of Nkrumah’s lives were in danger after the coup and many of them run to other countries to save their lives.

My father couldn’t do same. Instead, he left for Accra immediately to a friend’s place for sometime and later went to visit my stepmother in her hometown and later came home when everything was fine.

After the coup when my father’s live was in danger, he was on a run. For about two weeks my three brothers and myself .. because we were alone since the House Help had left for his father’s funeral.

So when our food got finished .. could you believe how we were eating? I pick a bowl ever morning to the Ideological Institute, collect leftover food from the bin and then send it home for my brothers and I to eat.

We ate from the dustbin for two weeks .. we were eating from the bin after the 66 coup.” David revealed.