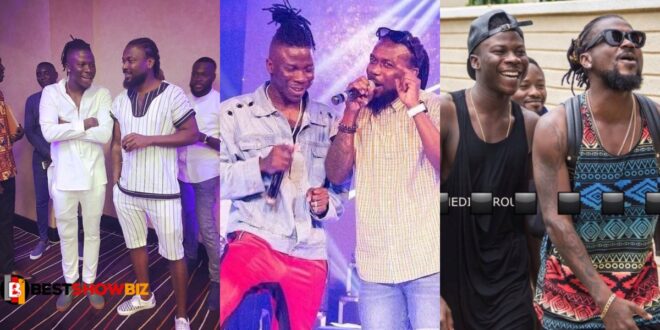 “My beef with Samini was not that serious”- Stonebwoy

Stonebwoy has stated unequivocally that despite his feud with his godfather Samini, which stems from all of the things he recently said about him on radio, he still has no apprehensions about him.

In an interview with Joy News, Stonebwoy stated:

“When I say it’s not that deep, I mean whatever happened or whatever it was, it wasn’t that deep.”

Whatever he did reveals the heart I carry. That’s my big brother, regardless of what. There are strangers I consider to be big brothers, how much more someone I know? It’s normal to me.”

Stonebwoy also stated that Samini will always be considered an elder brother and an industry leader.