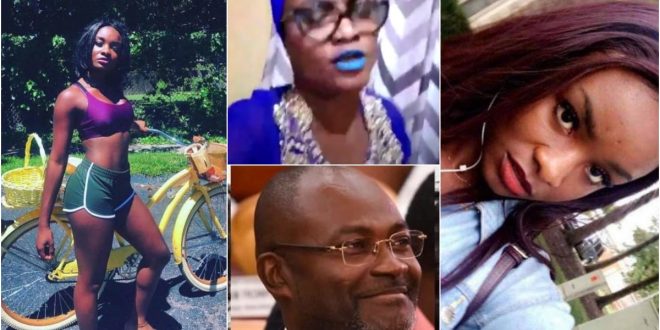 as we reported earlier, the MP disclosed without mentioning a name that one of his daughters is a cocaine-addicted student in the US and has been dropped out from school several times.

it appears that the daughter Kennedy was talking about was Anell Agyapong of which photos of her have surfaced.

well from a video as we sighted which has fast gone viral, the mother of Kennedy’s daughter identified as Araba Dawson-Williams has opened up on Kennedy’s claims about their daughter.

she also dared Kennedy and his other daughters together with Anell to go for a test to prove or disprove his claim.

the woman also disclosed that the other children of Kennedy Agyapong are also into bad things in the States.