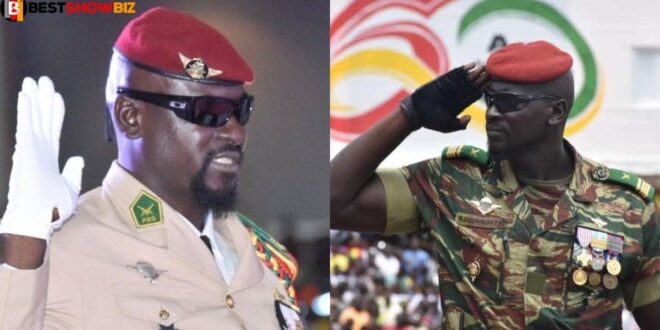 Military coup leader in Guinea sworn in as President

Colonel Mamady Doumbouya, the coup leader who deposed President Alpha Conde, has been inaugurated as interim president of Guinea.

The Supreme Court hosted the swearing-in event, which was attended by dignitaries such as the Chinese and Russian ambassadors.

The new president promised to resurrect the country by establishing a new constitution, combating corruption, reforming the electoral system, and holding free, credible, and transparent elections.

Doumbouya also pledged to uphold all national and international obligations to which the government has agreed.

He also pledged to uphold national sovereignty and strengthen the fatherland’s democratic achievements as well as the national territory’s integrity.

The country’s new president, who is 41 years old, will serve as a transitional president until civilian authority is restored.

Colonel Mamady Doumbouya further claimed that he and other junta members would not run in any future elections.

Guinea’s President, Alpha Conde, was kidnapped by the country’s security forces on September 5, 2021.

The coup is the second in the area in less than 13 months, following Mali.

Following their takeover, the military coup leaders imprisoned Mr. Condé, assuring the French media that he was safe with them.

Mr. Conde is being kept in an unidentified place right now.

Read Also  You Are Too Ugly: Ghanaians Rains Heavy Insults On Wendy Shay For Claiming To Be Ghana Beyonce - Screenshots
Share