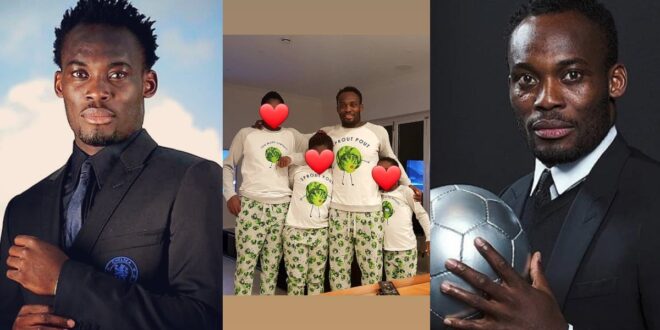 In an Instagram post, he said: “We see you, we hear you, we support you. Our LGBTQIA plus Community in Ghana #ghanasupportequalityGH.”

And after being chastised on social media, he took down the post. Prophet Adu-Boahen, a well-known Ghanaian cleric, later labeled him gay.

The former Chelsea FC star’s recent advocacy for the LGBT community in Ghana, according to the president of Christ Revival Baptist Church, is sufficient proof of his sexual orientation.

However, with a family picture featuring his three daughters, the former Black Stars’ player implicitly refuted allegations that he is gay on March 8, which was set aside for the celebration of International Women’s Day.

He captioned the picture of his three children, two males and a female, “Happy International Women’s Day to all the mothers out there.”

Michael Essien’s sharing of photos of his three children implies that he is not a homosexual, since such people cannot have children because they are bis3kxual.