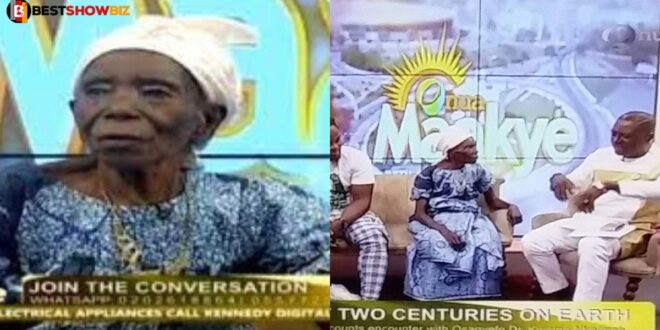 Meet the 198-year-old herbalist who administered medicine to Dr. Kwame Nkrumah’s mother during her pregnancy (Video)

She told Captain Smart on Onua TV how she helped Dr Kwame Nkrumah’s mother when she was pregnant because she was a native doctor at the time.

She also revealed in the interview that she had seven children, the oldest of whom is over 80 years old.

Madam Amodzie highlighted that she was far older than Nkrumah’s mother when she described her encounter with her. She is a farmer and continues to cultivate at her advanced age.

Is Madam Amodzie, at the age of 198, the world’s oldest woman? Well, that’ll have to wait until another day.