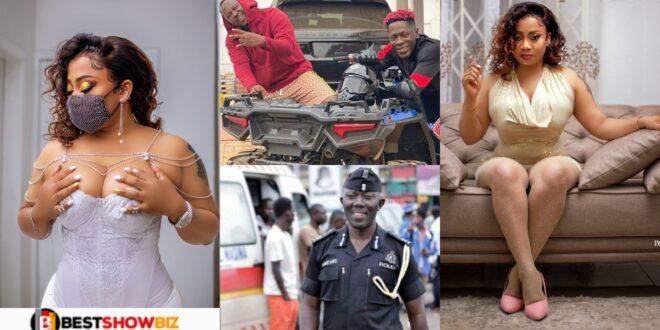 Vicky Zugah, a Ghanaian actress, has spoken out over Medikal and Shatta Wale’s conviction.

The well-known actress remarked that their problem will have an impact on their music career.

“It will influence them to some extent because there are many followers who are so disciplined that they will not readily forgive you for something you did wrong.” Some fans would unfollow you if you do something that contradicts their beliefs,” Vicky Zugah remarked in a video

According to her, these musicians’ actions will have a bad impact on their music business.

Vicky went on to say, “Now all of us in the entertainment world must realize that just because we are stars or celebrities does not mean we are above the law.” Whatever we do, we must put up barriers.”

Below is a video of her allegation on Oyereba TV.