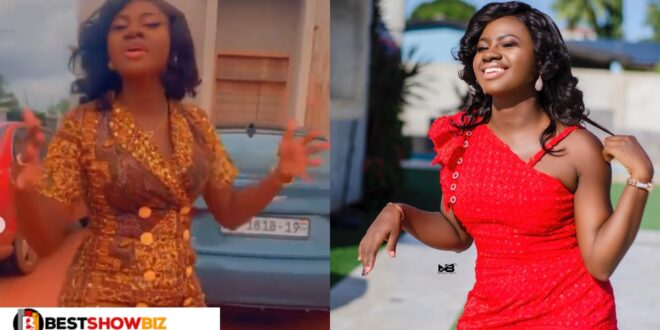 Martha Ankomah, an actress, has shown that she is in a league of her own and is not hungry like the loudmouth female celebrities who are constantly at odds on social media.

Without a question, the actress is one of Ghana’s most sought-after and interesting characters in the film business.

Martha Ankomah’s net worth is estimated to be approximately $3-4 million dollars, based on her appearances in over 100 films and the establishment of several enterprises, including saloons around the country.

For the first time, Martha Ankomah, whose fashion sense embodies refinement and finesse, has flaunted her luxurious house and costly cars.

Martha Ankomah was dressed elegantly as always in a video that was found on her Instagram page.

She showed us around her opulent house, which is surrounded by a large complex with numerous cars parked in the parking lot.

I hope all aspiring actors could take a page from Martha Ankomah’s book because her profession is free of clout chasing. She’s always minding her own business and succeed in whatever she sets her mind to.