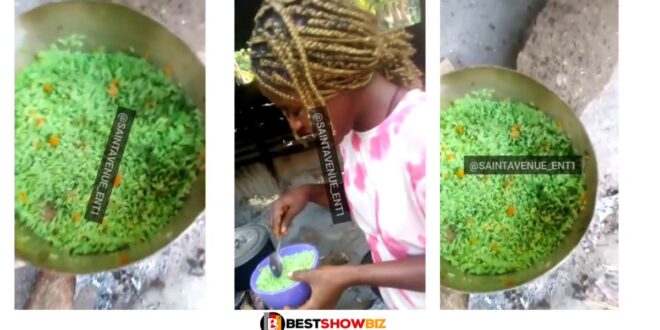 A viral video depicted the moment when a guy resorted to social media to exhibit the green fried rice that her girlfriend had made for Christmas.

The video, which has now gone viral, shows the man teasing the lady while singing a popular song with lyrics praising girls who are not only beautiful and well-endowed, but also know how to cook.

In the video, the lady who prepared the rice was seen consuming the dish as the young guy congratulated him for being a very good woman who is also a wife material.