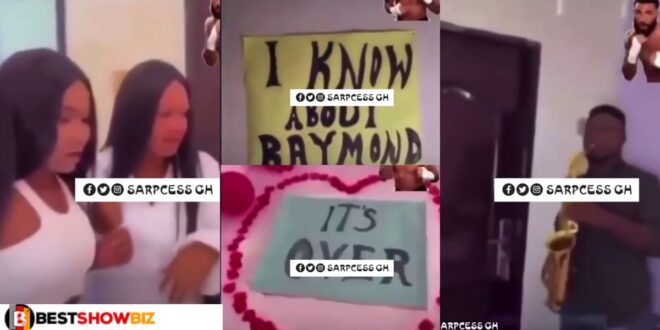 Man organizes surprise party to break up with his girlfriend (video)

A very amusing but serious incident occurred after a man planned a surprise party for his girlfriend in order to be able to finally break up with her.

When the man discovered that his wife was having an extra affair with other men, he allegedly organized the party to celebrate.

He wrote on the wall that he was aware of Raymond, a man with whom she was having an affair. His first reaction upon seeing her enter the room was to exclaim “surprise,” only for her to notice the words “IT’S OVER” written neatly in black on the floor.