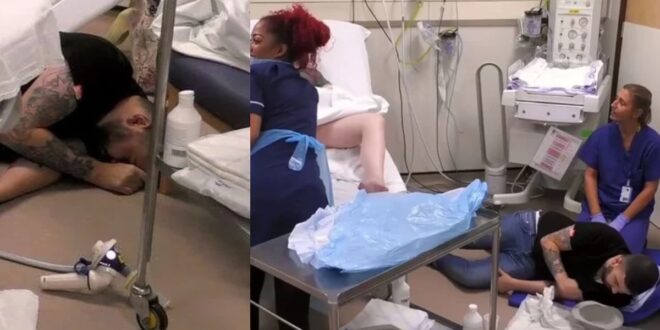 a midwife told a hilarious story about a boyfriend passing out while his partner was giving birth.

When the boyfriend awoke, the girlfriend in labor had to inform him that the labor was for her and not for him.

More pictures of men passing out during their wives’ labors can be found here: