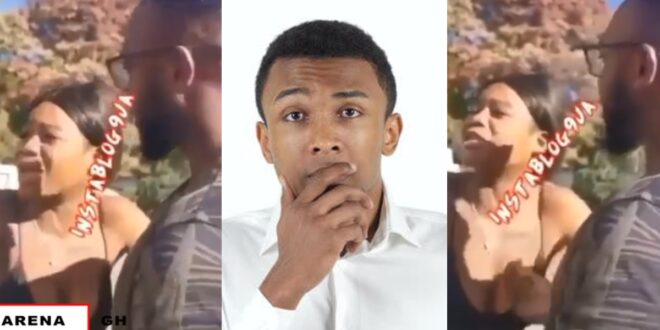 After a slay queen dragged and disgraced her in public for failing to pay her after chopping her for a whole night, an anonymous man got the biggest embarrassment of his life.

According to reports, the man decided to pay her after chopping her, and after enjoying himself, he dressed up to go out without fulfilling his vow.

This prompted the slay queen to drag him out in public in order to ensure that he pays her before he leaves.

Take a look at what happened to her in the video below.