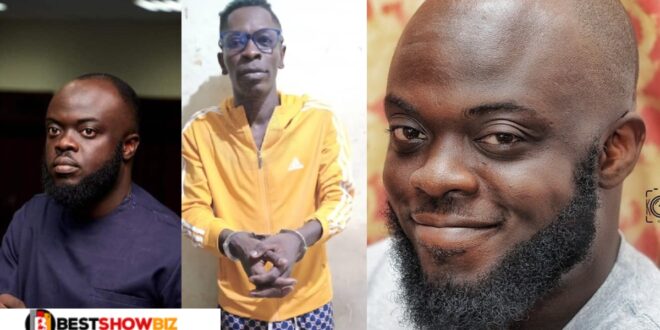 The arrest and detention of musician Shatta Wale have elicited compassion from Ghanaians both at home and abroad.

There is currently an active media hashtag Free Shatta Wale, which is supposed to rally tremendous support for his release.

kwadwo Sheldon, on the other hand, has openly demonstrated that he is not interested in providing any help but rather in letting the law function.

This should come as no surprise given that he does not follow the mob, regardless of who is in question, but rather what he believes in.

Aside from that, Sheldon and Shatta have had several conflicts, which may have influenced them not to support the SM chief.

Kwadwo Sheldon wrote a contentious message to the Ghana Police Service in response to the notification that Shatta Wale and his entourage will be detained for another week before appearing in court.

In his statement, he urged that the Mahama Paper singer should be detained immediately and given the status of Entertainment Prefect.