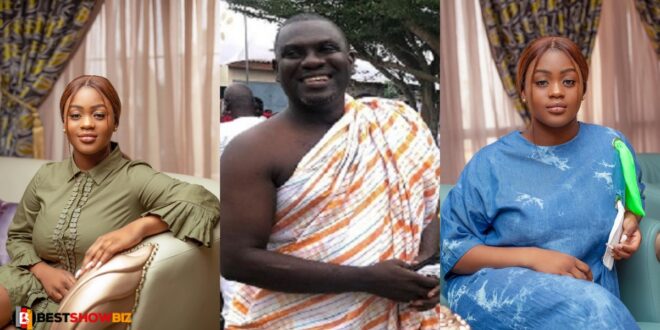 John Mahama, her father, honored her with two wonderful photographs.

A member of the presidential staff shared a photo with a misogynistic comment.

Farida Mahama’s birthday was celebrated, and her father uploaded a picture of her with the comment “Happy birthday to our lovely baby, Farida!” You bring so much joy and happiness to our lives. Always love!! from Dad and mom.”

Thousands of Ghanaians expressed their congratulations and expressed surprise at how quickly Farida Mahama had grown from the tiny girl they used to see when John Mahama was president.

However, a president’s assistant named Nana Hesse Ogyiri decided to make a fool of himself with a sexist and disgusting comment that some social media users found offensive.

The tweet received a lot of backlash on social media, with people criticizing him for making such sentiments about a little girl that he could potentially father.

As a result of the response, he had to delete and apologize for the post.

Unfortunately, this is not the first time the former president’s daughter has been the target of such remarks.

It will be noted that in October 2020, the New Patriotic Party’s Ashanti Regional Chairman made comments to the effect that Mahama’s flaunting of his daughter on social media could get her into trouble.

Speaking on Wontumi TV, Chairman Wontumi said “so now what he does is that he posts his daughter indicating that she is now of age. Someone will catch her and do something to her for him to realize that if you have a daughter you will hide her”.