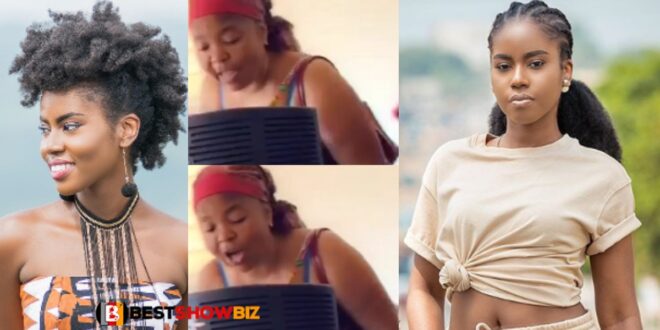 Mzvee, a popular Ghanaian singer, has been raving about her lovely mother and how she has been pressuring her to marry for a long time.

Mzvee and her lovely mother were spotted having a good time at Mzvee’s home studio in a new video.

As shown in the video, Mzvee’s mother, Madam Florence Hamenoo-Kpeda, and his younger sister went for a stroll to the singer’s house and subsequently planned to film something in her tiny home studio, but the worst happened.

The mother was permitted to sing a rap song, but she preferred to sing hymns, and Mzvee was spotted hyping her up, but she was subsequently fired after failing to impress her.

Read Also  Lady reveals how she built 2 houses before the age of 22.

Mzvee’s mother was seen trying to drop some lines on her yet-to-be-released song in the video, which has gotten a lot of attention.