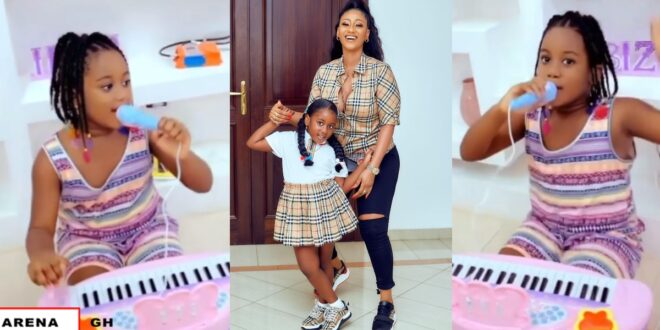 Naila, Hajia4Reall’s daughter, seems to be able to follow in her mother’s footsteps as a musician.

Naila is seen in a recent video spotted by Arenagh.com singing her mother’s new hit, God’s Child, as if she penned the words.

The little girl was playing the piano herself while working with a toy microphone and keyboard.

Naila’s body language and facial expressions during her performance reveal how much she enjoyed the song and what she was doing.

Many people have applauded the 4-year-old girl, claiming that she is musically prepared.