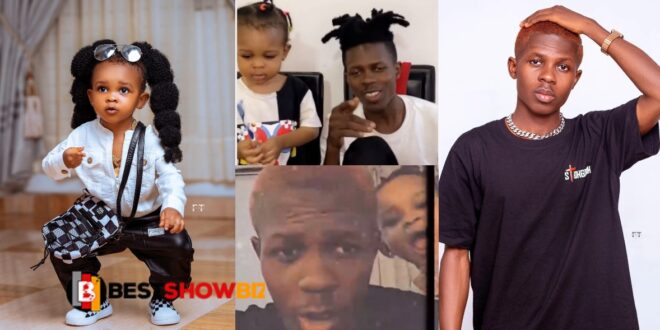 Simona Osei, the beautiful daughter of Ghanaian rapper Strongman Burner, has proven her father’s blood runs in her as she displays her rapping skills in a new video.

Strongman and his kid were seen having fun in the house in the video sighted by Bestshowbiz.com.

The rapper in the video was singing and rapping in support of his new track, Nhyira, which includes vocalist Akwaboah.

As the song began, Simona could be heard yelling Akwaboah’s name from behind her father as she tried to rap alongside her father.