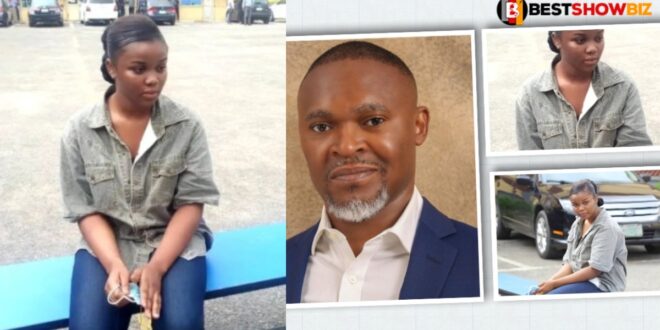 Level 200 student arrested for killing her sugar daddy; the Ceo of super TV

Police have detained a 21-year-old Mass Communication major student on Level 300 for reportedly murdering her sugar daddy in a tussle for second-round sex.

After a top CEO was found slain in a lodge apartment where he had booked to have a wonderful time with her, the young girl confessed to the crime.

The tragedy occurred in the Nigerian city of Lagos. The Lagos State Police Command said Chidinma Ojukwu, 21, was detained in the Lekki area of the state for allegedly killing Super TV, Usifo Ataga.

Chidinma is a University of Lagos undergraduate, according to the state Commissioner of Police, Hakeem Odumosu, who also said she admitted to the crime.

On Thursday, Chidinma was paraded at the police command headquarters in Ikeja.